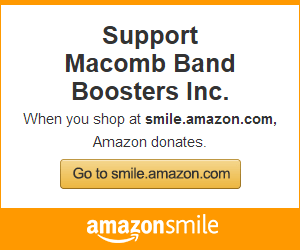 The day began and ended in triumph as the band first won the award in their class for Outstanding Musical Performance at Illinois State. At WIU, the band won first place for class 2A and was named the Grand Champion for classes 1A and 2A. In addition, the band swept the caption awards in class 2A, including Best Winds/Instruments, Best Percussion, Best Auxilary/ Color Guard and Best Drum Majors.

Help the Band & You Could Win a Grand! 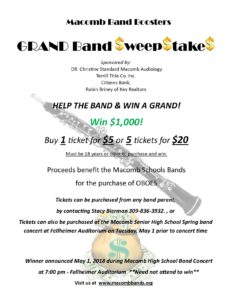